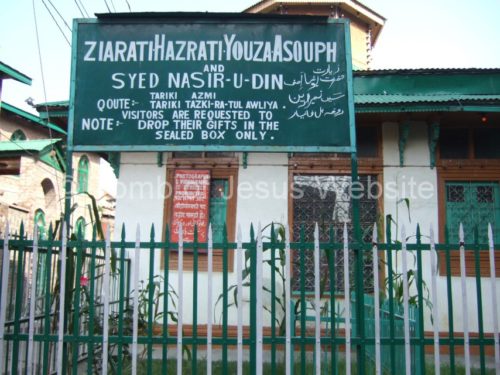 Jesus (peace be upon him) survived the crucifixion and travelled towards India to continue his ministry among the Lost Tribes of Israel. Furthermore, they claim that his tomb, containing his body, has been recently re-discovered in India where it can be seen to this day. Ahmadi Muslims also assert that this belief is not only upheld by the Holy Quran and the Sayings of Muhammad (sa), but even by the Holy Bible itself.Reed more! 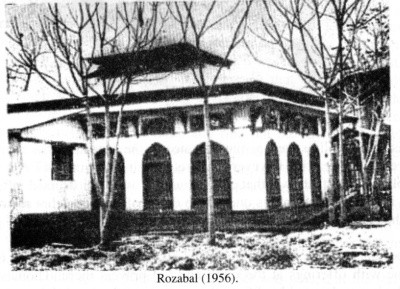 The Testimony Hindu and Buddhist Texts

First century A.D Northern India was a vast center of not only Hinduism, but also Buddhism. The Israelite peoples whom Jesus ministered to in these areas were in a minority practicing Judaism, but it is likely many adopted the indigenous faiths of Hinduism and Buddhism also. It is possible to trace Jesus’s footprints in these lands from some of these texts. The ancient books of Hindus are called Puranas. One book, Bhavishya Maha Purana (written in Sanskrit) contains an account of a king of India, Salivahana meeting “Isa-Masiha” (Jesus the Messiah)- a religious personage of fair complexion who was a foreigner. Buddhist texts contain a prophecy of future Buddha, a bodhisattva, named ‘Bagwa Metteyya’ a Pali phrase which literally means “fair-complexioned”, or “white traveller”. The etymological resemblance of the word “Metteyya” to “Messiah” is established and one meaning of the word “Messiah” is traveler. As the sun of Christianity did rise in India with Jesus’ personal advent in the area, many teachings of Jesus became interwoven with Gautama Buddha’s teachings. Even certain parables as recorded in the New Testament became attributed to Buddha, such as parable of the sower which is found in Buddhist texts. It has been proposed that the word Yuz Asaf, the name of the person entombed in Kashmir, is derived from Buddha Asaf, as Jesus would have been included in the Buddhist pantheon of saints. The term would thus mean a Buddha who rallied people, or gathered the flock of the true faith. 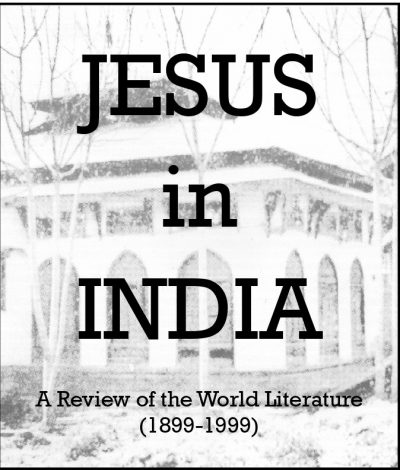 Traditional Jewish history and Biblical texts divided this Semitic people into twelve tribes. In the time of Jesus, only two of the tribes were in the region Jesus preached, whereas the whereabouts of the remaining ten has always been a bit of a mystery. The second century historian Josephus wrote in his book Antiquities of the Jews that the ten tribes were ‘beyond Euphrates’ in his time, east of present day Iraq and in the Persian empire of the time which extended into India. It is also notable that early Church history documents the existence of a Gospel in the Hebrew language found in India, which also confirms Israelites in India. St Jerome (c 400 A.D) wrote that the scholar Pantaenus in the second century came across the document in his travels. St Jerome further wrote that the Israelites in his time continue to live in the Persian empire. The mission of Jesus was to reach out to the Lost Tribes (or ‘Sheep’) of Israel, as stated in Matthew 15:24. It was thus imperative for him to migrate to the east. The mass of evidence showing that the peoples of Afghanistan, north-west India (particularly Kashmir) and neighboring areas are of Israelite ancestry continues to grow. Their physical features, language, folklore, customs and festivals attest to their Israelite heritage. Evidence also come from the names they give to their villages, their monuments and ancient historical works. Some pilot genetic studies on peoples in India who to this day call themselves ‘Bene Israel’ or ‘Children of Israel’ confirm their middle eastern origin. 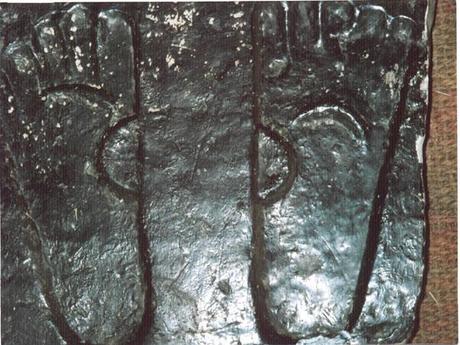 Jesus found acceptance in the lands of the Lost Tribes, and completed his mission by travelling eastward to these ancient Israelite communities. One objection is, if Jesus spent most of his life in India, why is that part of his life so unknown and forgotten? One has to keep in mind the phenomenon of what happens to a religion’s presence when another religion takes over. For instance modern day Afghanistan was a vast center of Buddhism and had some of the largest statues of Buddha in the world carved in stone. That faith has now vanished there. Another example are the pagan religions of Europe prior to Christianity arriving there. The Israelite peoples of Afghanistan and Kashmir accepted Islam. Jesus had foretold the coming of messenger after him, the Paraclete of the gospels, fulfilled in the person of Holy Prophet Muhammad. With time, the old faith of Christianity was forgotten over generations so that now there are mainly ‘orthodox Muslims’ in these same areas holding beliefs as other ‘orthodox Muslims’. However, remnants of the followers of Jesus Christ still exists in the vicinity of Herat, Afghanistan. The British scholar O.M Burke in his book ‘Among the Dervishes’ has described these peoples. Though they are now Muslims, they did not forget their Christian legacy. They have a special attachment to Jesus and refer to him as ‘Yuz Asaf the Kashmiri’ who came to preach to them. 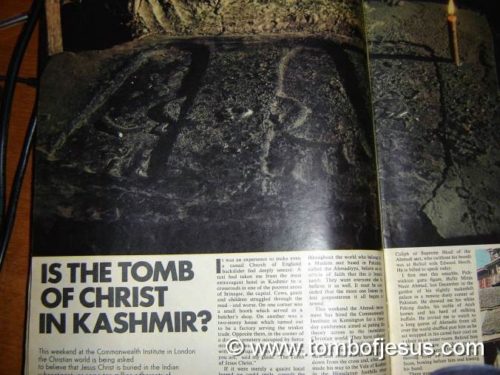 The Greatest Miracle of Jesus

Jesus prophecied that his fate would be like that of prophet Jonah. Jesus said: “A wicked and adulterous generation asks for a miraculous sign! But none will be given it except the sign of the prophet Jonah. For as Jonah was three days and three nights in the belly of a huge fish, so the Son of Man will be three days and three nights in the heart of the earth” (Matthew 12:39,40) Survival — Not Revival The sign of Jonah is related in the Bible: The Lord provided a great fish to swallow Jonah, and Jonah was inside the fish three days and three nights. From inside the fish Jonah prayed to the Lord his God. He said: In my distress I called to the Lord, and he answered me. From the depths of the grave I called for help, and you listened to my cry. (Jonah 1:17, 2:1,2) The sign given to the Ninevites by Jonah was he was saved from certain death. He stayed for a period of time in danger, but ultimately recovered. He went alive into the belly of the fish, stayed alive for days, and came out alive. The same fate was prophecied for Jesus. He would enter the tomb alive, stay alive for days, and come out alive. If Jesus had died, there would be little resemblance to Jonah. The story of Jonah is one of survival — not revival. It is known as the tomb of Yuz Asaf, which may be of Buddhist derivation (see link) or possibly from Yusu or Yehoshua (Jesus) the Gatherer. Local tradition states that the entombed was a prophet of Ahle-Kitab, or People of the Book, and his name was Isa – the Quranic name for Jesus. The prophet Yuz Asaf came to Kashmir from the West (Holy Land) in the reign of Raja Gopdatta (c 1st century A.D) according to the ancient official documents held by the current custodian of the tomb. Some of the most extensive research on the tomb has been conducted by the now retired famous historian and former Head of Archaelogy for State of Kashmir, Professor Fida Hassnain. The tomb is Jewish, as attested by the direction the grave is lying. Next to the grave is a footprint engraved in stone, an artistic rendition of the wounds of crucifixion. 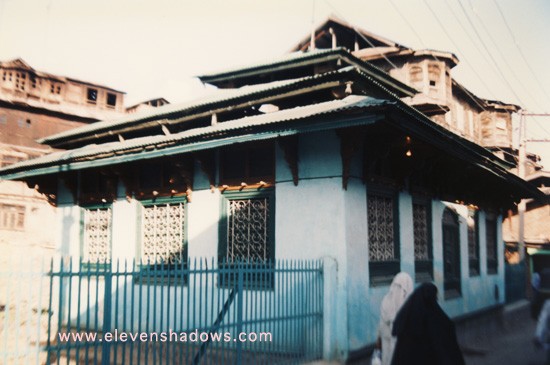 The burial place of Jesus in Kashmir is known to the locals as Rauzabal, meaning the Honored Tomb. It is known as the tomb of Yuz Asaf, which may be of Buddhist derivation (see link) or possibly from Yusu or Yehoshua (Jesus) the Gatherer. Local tradition states that the entombed was a prophet of Ahle-Kitab, or People of the Book, and his name was Isa – the Quranic name for Jesus. The prophet Yuz Asaf came to Kashmir from the West (Holy Land) in the reign of Raja Gopdatta (c 1st century A.D) according to the ancient official documents held by the current custodian of the tomb. Some of the most extensive research on the tomb has been conducted by the now retired famous historian and former Head of Archaelogy for State of Kashmir, Professor Fida Hassnain. The tomb is Jewish, as attested by the direction the grave is lying. Next to the grave is a footprint engraved in stone, an artistic rendition of the wounds of crucifixion. Reed more!

There will be more! 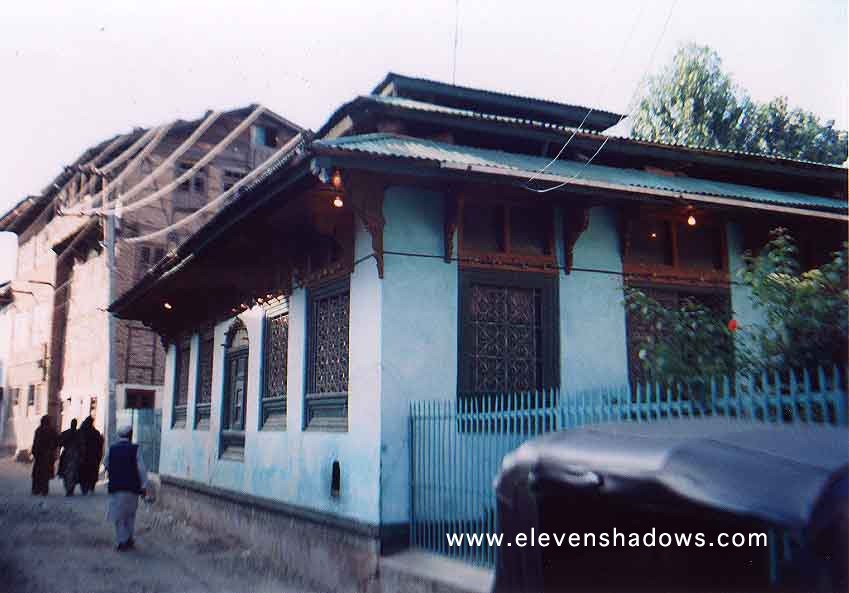 Some contemporary scholars repeatedly insist that the Messiah ibn-e-Maryam has not died, rather he was raised alive to heaven, and is present in heaven with his physical, worldly body and life. And with great boldness and insolence they state that the word tawaffi that has come in reference to the messiah does not mean death, rather it means “to take fully”. Meaning, that the body was taken along with the soul. But to translate it in this way is clear fabrication. The Qur’an in its idiom has in every place used this word to mean the taking of the soul and death. This same meaning is found in all ahadith and sayings of the Holy Prophet(sa). Ever since the Arabian Peninsula was inhabited and the Arabic language began, it cannot be shown through any ancient or modern text that the word tawaffi has been used for taking the body. Rather, wherever the word tawaffa has been attributed as a verb to Allah in regards to a human being, it has only ever meant causing death and taking of the soul and not in the sense of taking the body. There is no Arabic dictionary that presents something contrary to this. There is no expression or saying attributed to the experts of the language that is against this. Thus, there is not the slightest chance of a separate meaning. If anyone presents proof from the Holy Qur’an, or any hadith of the Holy Prophet(sa), or poetry, odes or ancient or modern arabic prose that in any place where the word tawaffi as a verb attributed to Allah is used regarding an animate individual, means anything other than causing death and taking the soul, that is to say that it also means the taking of the body, then I swear by Allah the Magnificent an oath according to proper Islamic law that I will give such a person one thousand rupees in cash by selling some portion of my property and will from hereon in admit his excellence in the sciences of hadith and the Holy Qur’an. (Ruhani Khazain, vol. 3, Izala Auham, pgs. 602-603) Reed more!